Posted by Labala at 15:47 No hay comentarios: 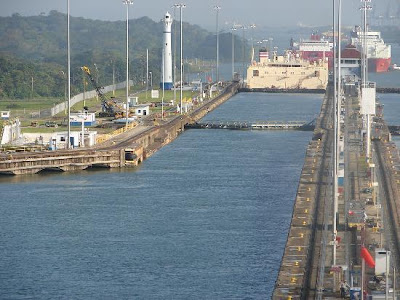 Posted by Labala at 8:44 No hay comentarios:

Al menos yo, intentare no correr asi las carreras. No es mi naturaleza.
Posted by Labala at 15:18 No hay comentarios: 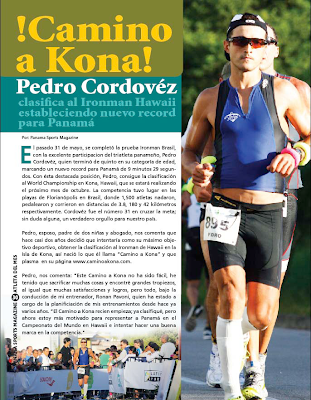 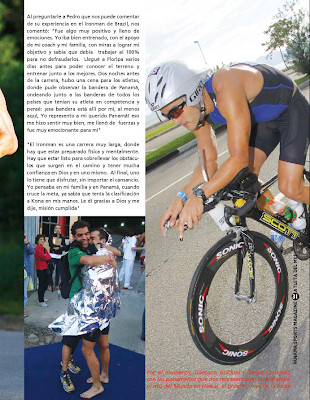 Posted by Labala at 15:59 No hay comentarios:

“Will Lance win the Tour?” It is a question I have been asked so many times these past few months and my answer each time has been modified from, “he’ll make us sit up and take notice,” to my latest assessment, which is, “he will be on the podium.”

I doubt there will be a rider in Monaco for the start of the Tour on July 4 who will disagree with me after Armstrong’s stunning showing in his first Giro d’Italia, which came after a racing break of over three years and a physical break of one certain collar bone, a few weeks before he took the start.

His final week in Italy showed him to be the one rider in the race approaching his best form while others, including teammate Levi Leipheimer seemed to be praying for the end in Rome. Now, after his first win since July 2005 in Nevada recently, the champ is back and you had better believe it.

Alberto Contador is right to fear his own teammate. After all if you were Spanish and your two best team riders are living and training in America away from the action, would you trust them when the time comes to race?

Having said this, there will be no disdain such as that showed in 1986 between Greg LeMond and Bernard Hinault. On that occasion, Hinault had gone to the race as a five-time winner, vowing to help LeMond be the first American. However, when the spirit of competition moved in, Hinault seemed to have changed his mind and LeMond apparently was now his rival, but on the same team.

All that is history and in the end Greg won and Hinault finished second. If I was a betting man, I would have a flutter on Contador winning and Armstrong finishing second this time, but without the subterfuge in between.

Where is the challenge coming from? Cadel Evans from Australia, Andy Schleck (Luxembourg) Russian Giro winner Denis Menchov and determined Italian Franck Pellizotti, will be the marked men. Last year’s winner, Carlos Sastre is the most consistent rider in the peloton – for a high finish – but his win came last year and will not return.

Astana have announced Contador and Armstrong as joint leaders and there is no surprise there! Afterall we don’t want a fight before the race starts, do we?

The first day’s time trial around Monaco will serve to show us some signs of who is on song and here, expect Fabian Cancellara to take the maillot jaune, just as he did in Charleroi (2004) and London in 2007. This will make Saxo Bank a really competitive team while diverting attention away from Andy Schleck, who will be their man for the top in Paris on July 26.

Here in the UK, Contador, Armstrong and Schleck are the way the bookmakers see it and for once, they may be right and will make a killing. As of this week, a lot of money has been placed on Schleck.

After four days the race reaches Montpellier and the return of the team time trial. This is where both Contador and Armstrong should gain time on the teams that have hopes of a win in Paris. Astana, has a formidable line-up and defeat does not seem an option.

Three more days on and the Pyrenees are reached, so Contador can strut his stuff with anyone who can follow him. Then we may know who the Astana captain is as the race finishes atop Arcalis, a six-mile climb of seven per cent, in Andorra.

After the Pyrenees the route turns north and reveals flat stages, giving the overall contenders a rest while the sprinters follow Mark Cavenish across the line. The Isle of Man rider is as cocky as they come, but only because he believes in himself and his team.

Without top sprinters Robbie McEwen (injured) Alessandro Petacchi (team not riding) and possibly Tom Boonen (we will know on Tuesday after his court case with the Tour organisers who have barred his entry after testing positive for socially taking cocaine), the Manx missile will be even more hopeful of at least four stage wins.

Barry Hoban holds the British record of stage wins with eight. Last year Cavendish went half way with four, so Barry, who now lives in Wales, although he originated in Yorkshire, better get the congratulatory e-mail ready!

There are some tough, so-called “transfer” stages, including the 13th to Colmar, but it is the Alps where the battle will rage once more as the race visits Switzerland, with a first time finish at Verbier.

By the time we get to day 18 and the 25 miles individual time trial around Annecy, the leaders will know what they have to do to close down on their losses so far or, to open up a gap on the climbing speciallists before the final showdown on Mont Ventoux, the day before the finish in Paris.

This is an excellent route, planned to keep us all in suspense until Paris. It has brought about a direct clash between the young and the old, except that one man who is 37, refuses to see it this way.

A great Tour in the offing and on Versus you have the best seat in the house, so enjoy it with us and no writing and complaining when it does not work out as I have just scripted above!

Shared via AddThis
Posted by Labala at 10:30 No hay comentarios: